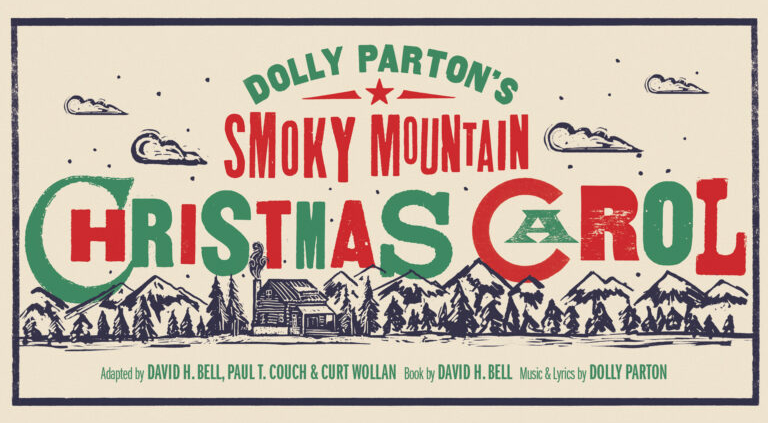 Producers Fiery Angel Entertainment and Red Tail Entertainment are delighted to announce casting for the European Premiere of Dolly Parton’s Smoky Mountain Christmas Carol – A New Musical at the Southbank Centre’s Queen Elizabeth Hall from 8 December 2022 to 8 January 2023, with a press night on 13 December 2022. Extra performances have been added on 22 and 29 December due to popular demand. www.dollyschristmascarol.com

Robert Bathurst is a TV and stage actor best known for Cold Feet, Toast Of London, Joking Apart and Downton Abbey. He played John Le Mesurier in the biopic Hattie and Sergeant Wilson in Dad’s Army – The Lost Episodes. Numerous West End and touring theatre productions include plays by Chekhov, Shaw, Shakespeare, Wilde, Ibsen, Michael Frayn, Joe Penhall, Steven Thompson, Michael Wynne and Claire Luckham. In Chicago he played the title role in King Charles III by Mike Bartlett. With the ex-professional jockey Nathan Horrocks he wrote and directed The Fall, a film drama about jockeys. He devised and produces the staging of Love, Loss & Chianti by Christopher Reid a two-actor play in verse with cartoon animation. He has written articles and book reviews on showbiz and horseracing and as a reader of audiobooks he won the Audie for Best Male Narrator in 2020.

Set during the 1930s in the Smoky Mountains of East Tennessee, this heart-warming and truly unforgettable production imagines Ebenezer Scrooge as the owner of a mining company town, where his callous greed blinds him to the joys and gifts of the season. As a Christmas Eve snowstorm approaches, Scrooge is visited by the spirit of his deceased business partner and three ghosts who compel him to see life anew and discover that love and family are the greatest and most precious gifts we have. Dickens’ classic characters and Parton’s heart-felt songs beautifully reimagine this timeless story in a whole new light.

Performances – Tuesday – Saturday at 7.30pm, Wednesday and Saturday at 2.30pm and Sunday at 3.00pm. Performance schedule and timings may vary during the Christmas period.

Dolly Parton’s life and career are a rags-to-rhinestones story.  Born the fourth child of 12, Dolly grew up in Locust Ridge, Tennessee, nestled against the Great Smoky Mountains. Her songs have captured the hearts of generations. Her trademark style is recognized around the globe.

Dolly starred in numerous movies for the large and small screen, including the hit movie 9 to 5 which became a hit Broadway musical for which she wrote the music and lyrics.

Dolly is one of an elite group of individuals to receive at least one nomination from all four major annual American entertainment award organizations; Emmy, Grammy, Oscar, and Tony. In 2004 she received the U.S. Library of Congress Living Legend award and in 2006, the prestigious Kennedy Center Honors. In 2011, she was awarded a Grammy Lifetime Achievement Award. She is a member of the Country Music Hall of Fame.

Dolly’s love and generosity for her Tennessee mountain home was heroically demonstrated in her efforts to help the victims of the 2016 Smoky Mountain wildfires. Her Emmy-winning Smoky Mountains Rise telethon raised $9 million. Her philanthropy also extends to children around the world through her Imagination Library, which inspires a love of reading by providing a book a month to more than one million children age five and under in the U.S., U.K., Canada and Australia.  Most recently Dolly’s love for people everywhere was demonstrated when she donated $1 million to COVID-19 vaccination research as well as donating $1 million to fund pediatric infectious disease research.

Fiery Entertainment was established in 2017 to develop concerts and special events in the UK and internationally.  Past productions include Barry Humphries’ Weimar Cabaret at the Barbican Theatre, Our Finest Hour – Dunkirk and the Battle of Britain at concert venues around the UK, and Guys and Dolls (directed by Stephen Mear and starring Adrian Lester, Meow Meow, Lara Pulver, Jason Manford and Stephen Mangan) at the Royal Albert Hall.  In 2018, Fiery Entertainment produced the European premiere season of Circus 1903 at the Royal Festival Hall, returning in 2019 and 2021 for further Christmas seasons at the Southbank Centre as well as touring to Birmingham, Dublin and Salford in 2019. For Christmas 2022, Circus 1903 will play at Eventim Apollo. Other recent productions have included the world premiere of Peppa Pig – My First Concert, which showed in the Queen Elizabeth Hall as part of the Southbank Centre’s Imagine Children’s Festival, with subsequent performances around the UK (including Royal Festival Hall, London Coliseum, Snape Maltings and Edinburgh Festival). Past productions also include Rob Brydon – A Night of Songs and Laughter, finding success in over 60 UK venues, as well as Mike Oldfield’s Tubular Bells Live in Concert – The 50th Anniversary Experience, which premiered in the Royal Festival Hall in August and tours internationally until 2024.

Headquartered in Fort Worth, Texas, Red Tail Entertainment has established itself as one of the industry’s Top 100 Presenters with sold out engagements for Cinderella, Wizard of Oz, Stomp, The Beach Boys, Tony Bennett, Harry Connick, Jr., Steve Martin & Martin Short, The Wild Kratts, Daniel Tiger’s Neighborhood, Hip Hop Nutcracker, Cirque Dreams, and many more. The company continues to expand and grow, becoming a leader in producing unique live events using international talent. In addition to Dolly Parton’s Smoky Mountain Christmas Carol, Red Tail produced the 2018 and 2019 tours of Nickelodeon’s Double Dare Live! with Marc Summers as well as a three-month residency at the Smithsonian National Zoo in Washington, D.C. for Erth’s Dino Zoo Live. Red Tail has also produced the U.S. tours of Erth’s Prehistoric Aquarium Adventure, Scooby-Doo! Live Musical Mysteries, as well as A Night with Janis Joplin on Broadway, and has co-produced The Kite Runner on Broadway. As audiences change and new artists emerge, Red Tail Entertainment will continue to focus on producing and presenting only the best in live entertainment. For more information, visit www.redtailentertainment.com.

The Southbank Centre is the UK’s largest arts centre occupying a prominent riverside location that sits in the midst of London’s most vibrant cultural quarter on the South Bank of the Thames. We exist to present great cultural experiences that bring people together and we achieve this by providing the space for artists to create and present their best work and by creating a place where as many people as possible can come together to experience bold, unusual and eye-opening work. We want to take people out of the everyday, every day. The site has an extraordinary creative and architectural history stretching back to the 1951 Festival of Britain. Southbank Centre is made up of the Royal Festival Hall, Queen Elizabeth Hall, Purcell Room and Hayward Gallery as well as being home to the National Poetry Library and the Arts Council Collection. It is also home to six Resident Orchestras (Aurora Orchestra, Chineke! Orchestra, London Philharmonic Orchestra, London Sinfonietta, Orchestra of the Age of Enlightenment and Philharmonia Orchestra).